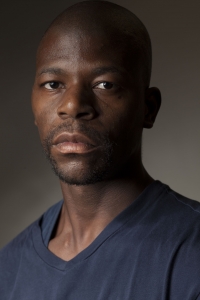 Attended film school at the University of California, Santa Barbara. While in college, he won honorable mention in the Writer’s Digest Contest.

Started in the film business in 1998, as an intern working for Joel Silver at Silver Pictures during the production of Lethal Weapon 4. He went on to work as a development assistant for Joseph Singer at Singer Entertainment during the development and pre-production of Dudley Do-Right.

After Joseph Singer, Maurice landed as an assistant at Parkwood Pictures for producer Gregg Davis at Fox. He was promoted to Director of Development within a year. During his four year stint, he helped develop several projects set up at Universal, Paramount and MGM.

Went on to work in the training program, often referred to as the “mailroom”, was established in the 1940s and is well-known for it’s roster of successful alumni. Since the 1970s the program has been replicated at other agencies and studios, many of which were headed by former mailroom trainees. Applicants to the program usually have family connections or a background in the entertainment industry and interview with six or more agents before being considered. Once accepted, trainees rotate through different departments, starting with the mailroom, before becoming a full-time assistant or coordinator. WMA’s main competitor, Creative Artists Agency, was founded in 1975 by Michael Ovitz, Ron Meyer, William Haber, Michael Rosenfeld, and Rowland Perkins, all former WMA mailroom trainees.

After a life changing experience, Maurice left the William Morris Agency and returned to his native Atlanta, Ga. to focus on the passion he’s kept on the back burner since college—photography.