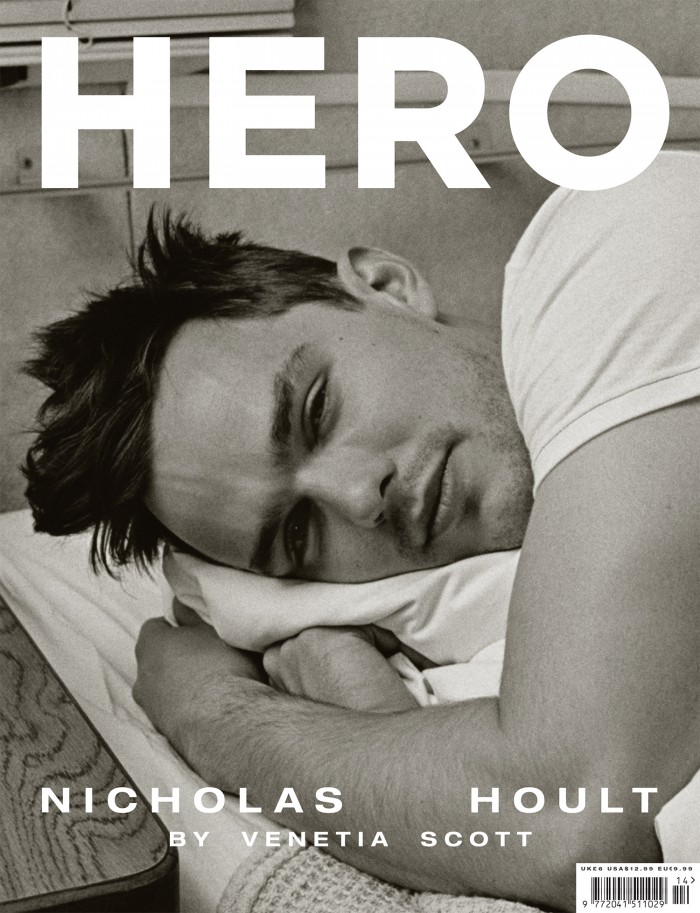 Few cities have been as reflective of the past half-century of American life as Detroit, from white flight and the decline of manufacturing through crumbling infrastructure and abandoned neighborhoods to creative millennial reinvention and post-bankruptcy renewal. “Detroit gets lots of attention, and not necessarily for the best reasons,” explained James West and Fabien Kruszelnicki, the editors-in-chief of HERO Magazine, about their decision to dedicate the latest issue of their menswear magazine to the ever-shifting metropolis. “It had a lot of bad press, about violence and volatility, about people moving there for cheap rents, but we felt like it was a place that was also somehow new, a place where everything hadn’t been decided already. It has the space to redefine itself, which is quite a big deal.”

The British actor Nicholas Hoult takes the cover, shot and styled by Venetia Scott (Camilla Lowther Management), but the rest of the issue is a celebration of Detroit in all its promise and possibility. Kruszelnicki offers a “Detroit Survey,” street casting an overview of the city’s youth styled by Zarina Humayun, while Alessio Boni and Gro Curtis capture new face Robbi (TIAD) in hidden spaces amongst the urban sprawl. Nicole Maria Winkler and Adam Winder pay homage to the city’s vanishing automobile industry, and Dominick Sheldon (Creative and Partners) and Andrew Mukamal offer an eclectic vision of a promising “New America.” “There’s a sense that Detroiters have had to fend for themselves, and that says a lot about the way the creative scene is developing there,” say West and Kruszelnicki. “It’s a city with a lot of history that America kind of brushed aside, but now it’s becoming the personification of a new kind of American Dream, a place where anything is possible.” Take an exclusive first look at the new issue, out this week, below.