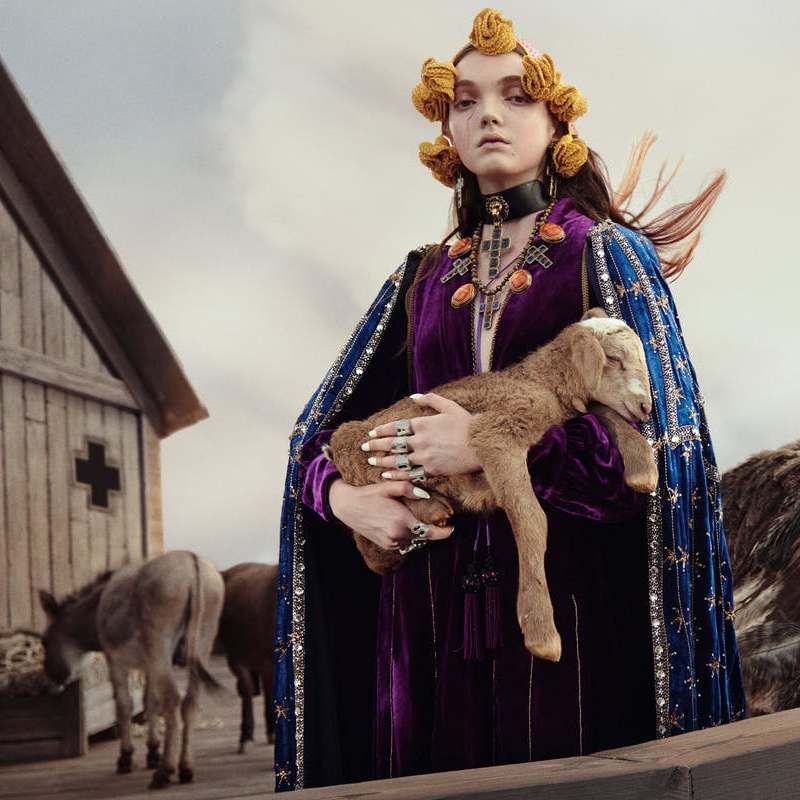 Lensed by photographer Glen Luchford, the campaign motifs was inspired by the Noah’s Ark and was lensed on a farm and features a rural community where animals and people co-exist in harmony. The characters appear as farmers wearing looks from the new collection alongside animals including a tiger, elephant, ostrich, sheep, and llama. Together they all depart on a wooden ark. Alessandro Michele served as creative director of the campaign along with Christopher Simmonds as art director.